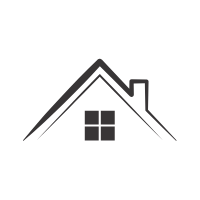 The roofing industry has changed quite a lot over the years. These days, homeowners are rarely opting for the standard, 3-tab shingles that were so popular a few decades ago. Instead, they are going with architectural shingles, and in some cases, with even more eco-friendly options like green roofing or slate. Whether you're shopping around for a new roof or are thinking of having repairs made to your current roof, it pays to be educated. Learn the basics on this blog, where we discuss roofing in the modern world. We explore various roofing materials, roofing techniques, and how to find the right roofer.

You have an asphalt shingle roof and you know it is nearing the end of its life span. Nevertheless, you would like to push through as long as possible before opting for a roof replacement. You may be able to make it for a bit, but there are certain situations and occurrences that can take an asphalt shingle roof from ailing to a straight-out state of emergency. Here is a look at some of those situations so you can be on high alert to potential problems.

Heavy Amounts of Snow and Ice

Snow and ice accumulation on the rooftop in the winter season can be a major issue for a lot of homeowners. The added weight is something most homes are not equipped to handle, but an ailing shingled roof can face major problems during this kind of stress. The extra moisture from melting snow and ice can cause a lot of issues with the shingles deteriorating further, and the extra weight can dislodge already-loose shingles that may not be held on by much. It is not at all uncommon for homeowners to discover their roof is leaking or that they have major spots of damage after a snow or ice storm has happened.

Wind is one of the greatest foes of an ailing roof of any kind. However, if you have an asphalt shingle roof that is starting to deteriorate, wind can easier pick up the shingles and rip them away. Old shingles tend to lose a lot of their heft as the grit that is incorporated during the manufacturing process falls away. You will see evidence of this in the water coming from your roof after it rains. Unfortunately, this degradation can leave the shingles wide-open for the wind to sweep in, pick up the edges, and tear them away.

Hail can be a major damaging factor to any roof, but if your roof is already in bad shape, one bad hailstorm can easily push the roof to a state in which it is no longer reliable or protective. Hailstones are jagged chunks of ice that are hurled out of the sky at a high rate of speed. If you have asphalt shingles that are already brittle and breaking apart, repeated pounding with hailstones can easily worsen the problem to a point that the roof will have to immediately be replaced.

If you need a roof replacement, contact your roofing contractor for more information on the process and pricing.